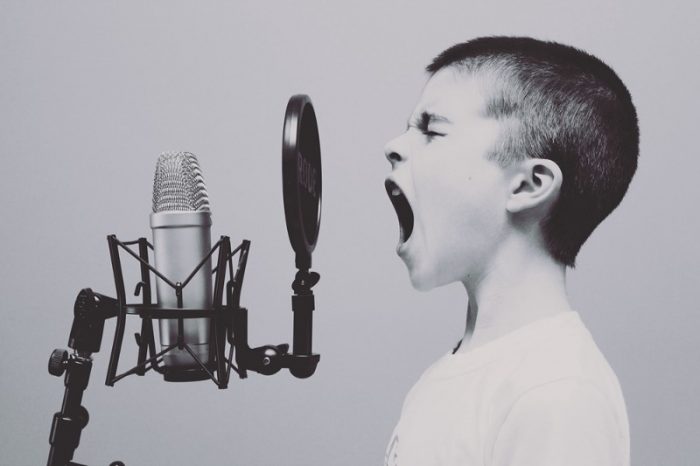 There are a lot of major events happening in the world right now. I don’t need to tell you that. So why should we care about quackery and misrepresentation of science when there’s political upheaval and natural disasters to deal with — shouldn’t we focus on the big issues first?

On the contrary, I believe that in times like these a scientifically literate and skeptical population is more vital than ever.

Without the tools to separate fact from fiction we have no way of knowing which stories require action and which can be ignored, trapped in a vicious cycle of fear and impotence which only serves to empower those driving it. I’m speaking up to help break that cycle, even if it’s just for a few people.

I started using my voice after getting fed up of seeing friends being made to feel unjustly frightened. A lot of misinformation revolves around fear for a good reason: being afraid is horrible, so we do what we can to make it go away.

Unfortunately that can lead to poor decisions, meaning missed opportunities or unnecessary hardships. Sometimes those decisions can even prove to be deadly.

An obvious example of this is outbreaks of vaccine-preventable disease, aided by reduced vaccination rates due to unfounded fears such as autism, toxins or even global depopulation programmes.

Not all misinformation is so plainly fear-based on the surface, but a great deal of it attempts to tap into fear on some level. “Detox” plans like to worry us about the effects of certain foods, supplement makers claim we’ll die younger if we don’t take the latest magic beans, politicians claim some group or another is out to get us.

The problem comes when those claims cause us to change our behaviour in ways which are actually negative rather than positive. “Detoxes” are definitely a waste of money but could potentially land you in hospital, supplements can be dangerous and political rhetoric can have serious consequences.

The way I see it, increased scientific literacy and skeptical thinking have benefits on both small and large scales.

The small scale is empowering individuals to make informed decisions in their daily lives. No more wasting money on on unregulated, unproven supplements; no more worrying about what scaremongering quacks like David Wolfe are saying; no risk of food poisoning from a “natural food” fad, and so on.

The larger scale is those individuals then being able to use the skills they pick up to critically evaluate wider issues like politics.

2016 was a bad year for evidence-based politics and 2017 hasn’t got off to a great start. Information is one of the most important facets of any political campaign, all the way from local councils to international relations.

My hope is that people who are able to spot the holes in quackery and poor reporting of science will also be better able to pick apart political misinformation and avoid situations where large numbers of people vote based on fear rather than facts.

Unfortunately, a lack of fact-checking and critical analysis is already having real-world effects.

Climate change is the biggest threat to humankind — if we don’t take swift, decisive action people will die through drought, flooding and crop failures, and more. Natural disasters displace an estimated 22 million people a year already and climate change is only making things worse. Climate change has even been floated as a possible root cause of the current conflict in Syria.

There is a huge body of evidence that the current trend of climate change is real, is caused by humans and is only going to get worse if we do nothing.

However, people with vested interests are muddying the waters by spreading misinformation and potentially delaying nations from taking the necessary action.

When we vote for politicians who publicly declare themselves as climate-change deniers, partly because of their fear-based campaigning, we are putting those same people who would trade the deaths of many in developing nations for short-term gains in the driving seat, directly or indirectly.

We are also not progressing as quickly as we could on issues like famine and malnutrition because potential solutions such as genetically-engineered crops are opposed for ideological rather than evidence-based reasons.

These are huge issues, and if we are to solve them I believe it’s critical for normal people to have a good grasp on them, rather than struggling to sort the wheat from the chaff and potentially spreading harmful beliefs.

Research has found that warning people about misinformation can help them to better deal with it, like a vaccine.

It’s my hope that taking the time to speak up on what might on the surface seem like small issues — fad diets, poor representation of findings and the like — can be the first step on the path to being able to better discuss the bigger issues.

So, I will be making a lot more noise and I encourage you to do the same.

If we all speak out on social media, talk to our friends and families honestly and openly, lobby our politicians and vote with our wallets against companies espousing anti-science views, we just might be able to turn the tide.

It won’t be easy, but it will be worth it.